A community of agencies, freelancers, developers and designers building stores, products and services for WooCommerce. 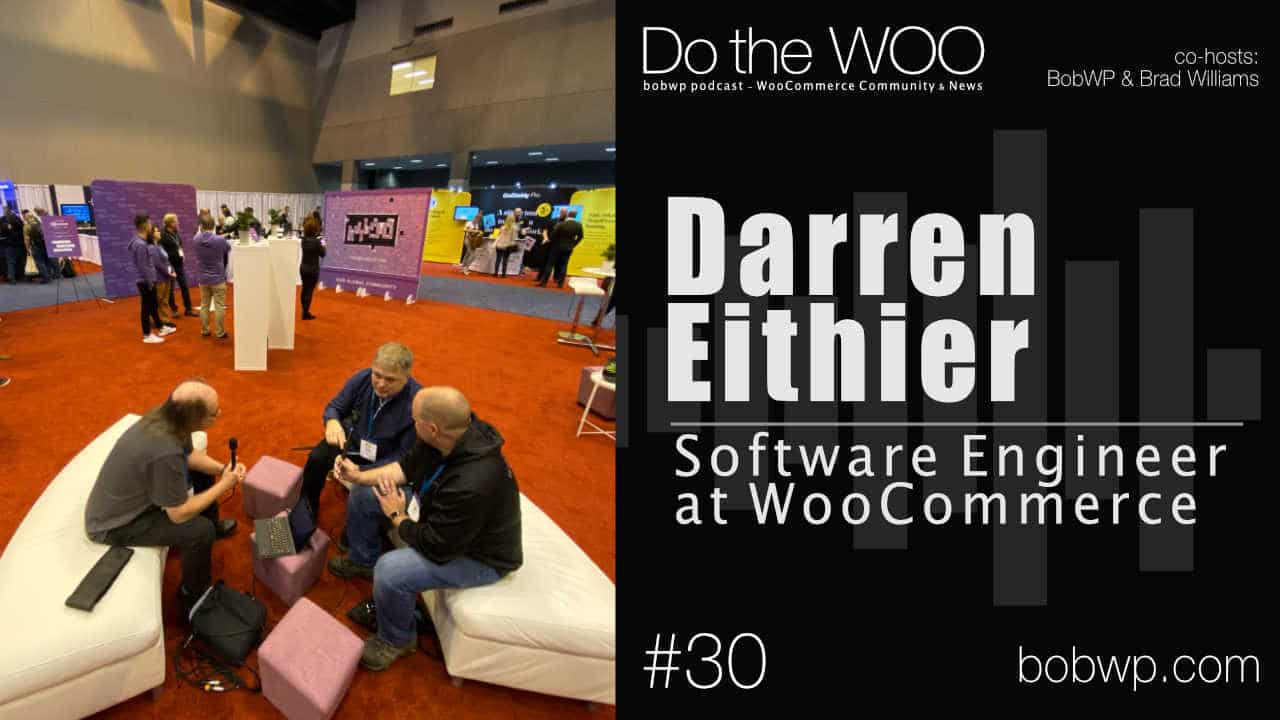 In the growing world of blocks, WooCommerce is not untouched. Learn more about what is lined up in Woo when it comes to blocks.

In episode 30 of our podcast, we are chatting with Darren Eithier, Software Engineer at WooCommerce/Automattic about WooCommerce blocks, now and in the near future.

Darren tells us about his involvement with the block team and we look at what was recently released in WooCommerce 3.8.

The conversation takes us deeper into the thoughts and insights behind blocks and the fine line between using blocks effectively and misusing them, which can be a bit a problem for the store owner.

He also shares with us what is coming with the All Products block and gives us some hints on the new work in the checkout space.

We agree that the innovations behind blocks powering WooCommerce and WordPress are a positive direction in pushing WordPress to the next technical level.

This is a great conversation. We hope you listen in.

Do the Woo at WordCampUS

I attended WordCampUS in St. Louis. If you aren’t familiar with it or WordCamps, it’s the national conference for WordPress.

Our goal was to record a Do the Woo episode at the WooCommerce booth. As you can see from the photos below we had a great time. Unfortunately, in a few instances, the crowd noise overwhelmed us and in spots you just wouldn’t be able to hear clearly what we said.

I think a few groups of chattering WordPress peeps came a bit too close. Well, that’s technology and on-location recording. So we redid the show remotely, and I thought I would share a few of the shots we got.

Note: The bottom picture has Brad, Darren and myself joined by our sponsor, Daniel Iser from Ahoy.

Thanks to our current Community Sponsors