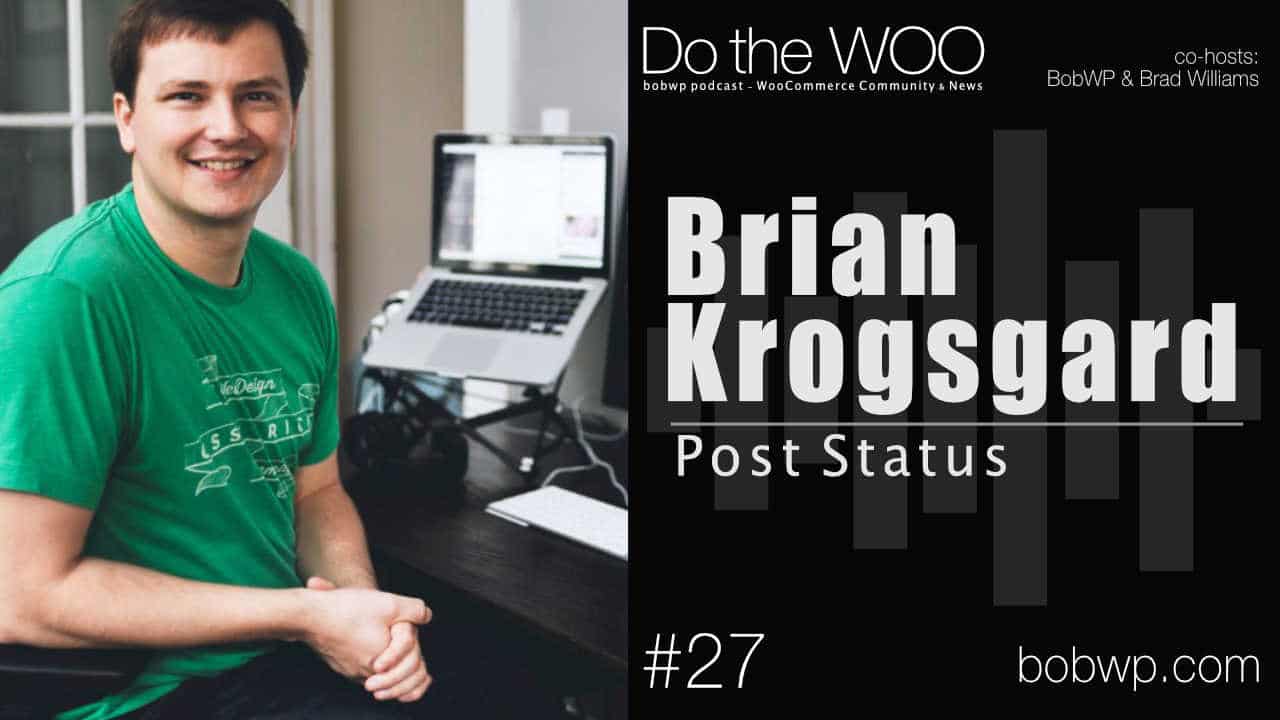 Thanks to our sponsor

Three WooCommerce guys walk into a bar and what happens? Well, maybe we aren’t in bar, but our conversation with Brian takes many twists and turns, including a review of Shopify and other aspects of eCommerce.

In episode 27, Brad and I have the pleasure of talking with Brian Krogsgard from Post Status on an eCommerce-filled show.

Brian has been using WooCommerce since its inception. We go back to the early days and move into how WooCommerce has matured, as well as its challenges in ease of use, especially for the Woo beginner.

We even touch on the subject Brian brought up with Matt Mullenweg: the possibility of the WooCommerce marketplace being eventually transformed to a subscription service.

I pulled out a couple of articles that I wanted to get Brad and Brian’s thoughts on.

The first was an eye-catching title Shopify will soon trail only Amazon for US eCommerce. In my eyes, for the average store owner this is like comparing apples to oranges. But Brian had an interesting perspective on this.

The second article concerned the partnership of Shiprocket and WooCommerce. Although a good part of our previous conversation was around 3rd party needs for WooCommerce, the fact that was pointed out to me that Shiprocket is more of a logistics solution for shipping, Brian shared some of his thoughts on the bigger picture of international shipping.

With that, I can say this show is a must-listen to.

Where to Find Brian

Brian on the WP eCommerce Show

Thanks to our Community Sponsors