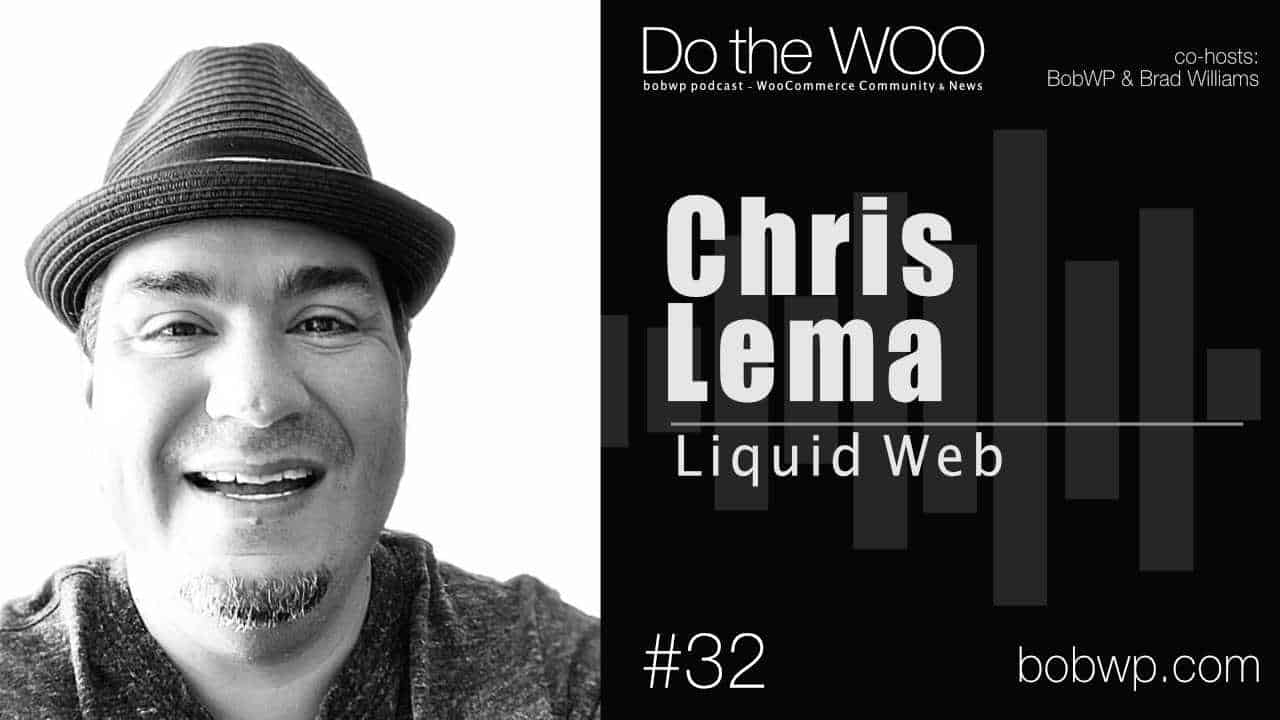 Do the Woo - WooCommerce Podcast, Community and News
Reflections of a 3-Year WooCommerce Managed Hosting Journey with Chris Lema

When you never planned to work for a hosting company, especially around your passion of WooCommerce and WordPress, Chris Lema, as Chris will do, shares his story.

In episode 32 of our podcast, we are chatting with Chris Lema as he celebrates his 3-year anniversary at Liquid Web, where he has led his team in building one of the most popular WooCommerce managed-hosting platforms around.

Chris shares some thoughts and reflections about his last three years of building the WooCommerce managed hosting at Liquid Web. We hear some great stories and, of course, we know that this is just the beginning for Chris.

Leading up to Liquid Web

I started working on eCommerce stores in 1997/98 after several years of working on the internet. I think we launched our first eCommerce store in ’97 and it took a ridiculous amount of money and a ton of people. We spent nine months because of authorize.net, which was the payment gateway at the time. It had an API that you could call, but it had no UI, right? Like literally nothing.

The most average dynamic that happens across all the hosts is you buy a managed WordPress plan, which gives you WordPress stuff. You add WooCommerce, maybe Storefront and an SSL certificate, and they go, see, we host WooCommerce. And you go, right, but what about the rest? That’s why we see SAS companies like BigCommerce and Shopify do well because they are stepping in and filling the gaps in that eCommerce space. So I joined Liquid Web three years ago to do that.

Brad asked about those unexpected moments. You need to listen to his first story, but in a nutshell…

We learned a lot of the things that I wasn’t expecting about just how low level you need to be inside a host and a workflow. I didn’t realize that we had to do these things to make these things happen. I just thought it was all automatic.

It’s amazing how many things can go wrong in a hosting company when you’re on the inside that you just don’t know when you’re on the outside. Network cards fail, power strips fail, server racks fail, or OS upgrades fail. It’s your network coming in that fails. And you have all these redundancies.

When I asked Chris about a pivotal point, we shared what really surprised him.

Lifecycle emails that customers haven’t done. I met with these clients and I would say, so tell me what you’re doing on the email front. Like you’re doing a good amount of volume sales. Oh, we do abandoned cart. I’m like, right. Abandoned cart is a good email to send out. That’s good. What else do you do? And they said, What do you mean?

What we discovered was clients would look at that blank screen and say, I don’t know what to put in this email. They freeze up. So a lot of times we would say, Hey, here’s some tips. Here’s some strategies, here’s some articles, here’s some companies that can help you. Some tools. But really you’re leaving money on the table when you’re not automating some of these processes. And that was surprising,

On always wanting to work for a hosting company

When I asked if Chris had ever thought about working for a hosting company after being involved with the internet, it was a simple answer.

So then years later I joined a hosting company and I’m in the middle of having conversations about kubernetes. First time I heard and I couldn’t even spell it. You know how you try and Google something and you can’t spell it close enough for the Google even knows what the heck you’re talking about. That was me and kubernetes four years ago.

Chris gave us some hints of what we would be seeing in the first quarter, which he goes more into on the podcast.

We’re getting ready to roll out some new Gutenberg-related things, not just some template builders. Some easy ways to deploy a new UI so people don’t start with a blank page. So in your onboarding you don’t end up free trialing and having a blank, nothing. Which is really interesting.

We’re gonna open up the doors a little bit to let you run multiple stores in a single plan.

Of course Chris had several stores sprinkled in that you will want to listen to.

Don’t forget to sign up for the beta testing. Word has it that if you fill out the registration and do some testing, there are three great reasons to do so.

Where You Can Find Chris