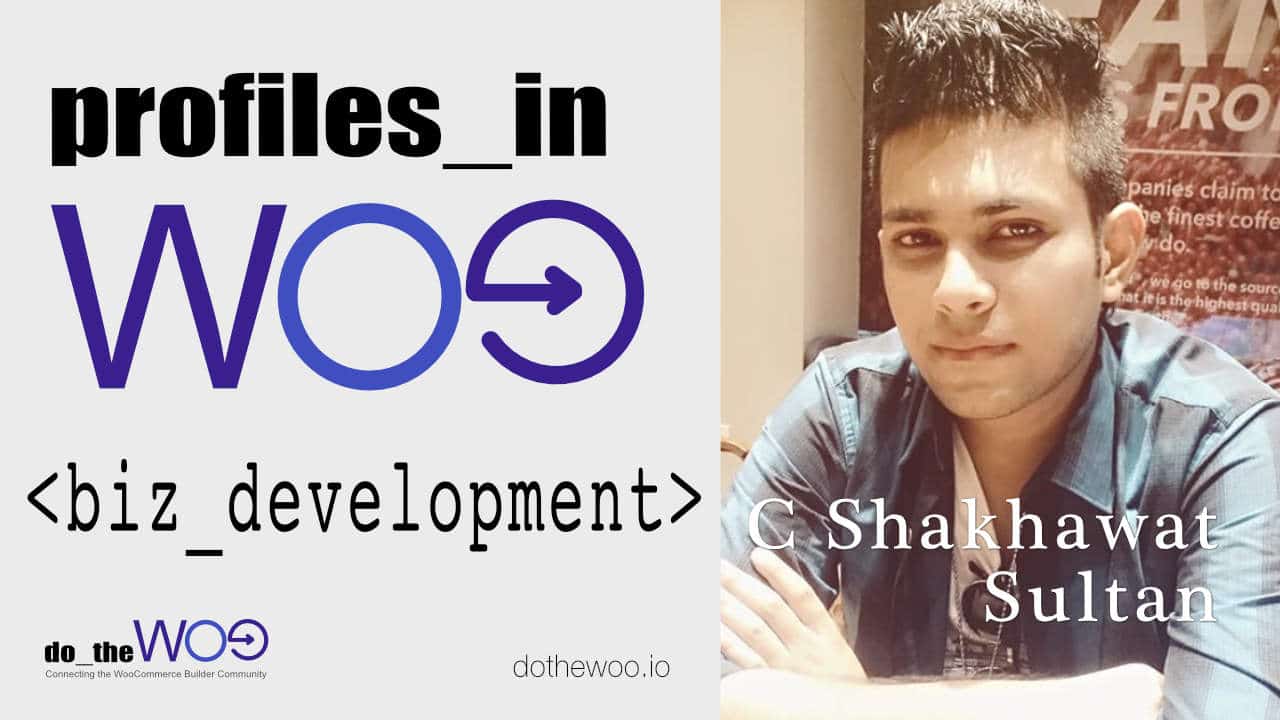 How do you Do the Woo?

I am currently responsible for looking after the feature development decisions and marketing of all the plugins we have at RexTheme (out of which 3 are WooCommerce plugins), including proper market research to understand what features could be added to bring more value to the users, managing the marketing team and facilitating teamwork within the development team.

So though I am not directly involved in “developing” the plugins, i.e., writing codes, I contribute to plugin development through market research, competitor analysis, and user research.

What year did you start using WooCommerce?

Tell me the story of how you started using WooCommerce and why.

When I joined the company, I was new at everything related to WordPress. But over time, I learned as much as I could about WooCommerce.

One wayI did this was to help with testing WooCommerce extensions and compatible themes and writing blog posts about them. When I wrote blogs, I made sure I wasn’t copying the plugin details or the theme feature details from anywhere. Rather, I invested a fair amount of time reading their documentation and testing the usability of each of them before writing about them.

This helped me become even more familiar with WooCommerce. Finally, after 7 months, I got involved with RexTheme.

Even though I wasn’t quite an expert in WooCommerce, I was already efficient in using the plugin and understanding its extensions.

But that really didn’t make it easy when it came to getting involved with plugin development. Until that time, the only plugin at RexTheme, WooCommerce Product Feed Manager, was just in the initial stage. No extra effort had been put into improving the plugin. I had to conduct market analysis, feature analysis, competitor analysis, and user analysis from scratch. Along with that, I had to study the niche for which this plugin was created.

My first real involvement was suggesting an improved version of a plugin feature, which I found people were crazy about when using a competitor’s plugin. I spotted a feature that people loved (the feature involved syncing the WooCommerce shop with Google Merchant Center). Then I researched user preferences and found a way to suggest an improved version that people would find more efficient to use.

I explained to developers how the feature should be used and how it affects the plugin’s outcome. This was another challenge as I wasn’t technically as knowledgeable as they were. This was the first step in communication between a feature analyst and the feature development team.

Why did you choose to focus on WooCommerce?

The company owner, who knew how big the eCommerce industry was becoming, was already planning to focus on WooCommerce. When I got involved with plugin development, I could see the potential in growth. And since it was the best eCommerce solution for WordPress users at the time, the choice was easy.

Right from the beginning, after my first market research on the online shopping and marketplace niche, I proposed that while we work on growing the current plugin, we should plan on creating more WooCommerce extensions as the potential is huge.

From a user point of view, I would say the ease of product management. Adding product data and publishing them is smooth and efficient.

From a developer’s point of view, all those WooCommerce hooks are the treasure chest we need to create more useful extensions. The room for customization is amazing.

What is your biggest challenge with WooCommerce when building websites?

Even though I do not get involved with website development, I feel that the biggest challenge is that a lot of modern features that clients may ask for are probably not in the basic WooCommerce plugin.

For example, adding custom fields for variable product variants is not possible by default WooCommerce.

What is your biggest challenge with WooCommerce when building products?

Since my responsibilities lean more toward research and development, and marketing, I would say the biggest challenge would be to think of an extension that doesn’t already exist.

Most new WooCommerce extensions you will see are usually improved versions of an existing solution.So it is pretty challenging to plan out a brand new usable extension (though not impossible).

What would you like to see in the future with WooCommerce in terms of making it easier to run your business?

I would suggest allowing Iframe or Shortcodes to submit a video, image, or 3D elements in place of product images within WooCommerce.

It would open up a new area for WooCommerce users and plugin developers.

Are there any trends that you see coming in the WooCommerce/eCommerce space?

I would say, I can expect people to start using VR and AR in WooCommerce stores expressively in the near future. I think people are just waiting for affordable solutions.

A certain VR solution for WooCommerce already exists with the plugin WPVR where a virtual tour of the store with product previews can be created. But people would probably want to go a step further by displaying a 3D form of the product on the product page, which seems like a great VR implementation.

And like few giant eCommerce sites, many more businesses may embrace AR to offer products in a more engaging way.

Though I am positive these will definitely become true, I am not sure how soon they can be applied. VR and AR takes a lot of effort to implement, and to integrate them with WooCommerce could be quite an effort.

What will you not buy online and still need to get in person. And why?

I would say when it is a gift for a special person, I would not take the risk of ordering online. Nowadays, a lot of image editing tools exist. In most cases, images are enhanced to look better than the original, and often altered. So I’d rather go buy the gift myself.

I would have said “trousers”, but the covid pandemic has helped me come to the conclusion that buying trousers online is perfectly possible. So I’ll go with shoes instead. Good footwear is just too important to buy based on a photo and a description.You never know if a pair of shoes is comfortable unless you try them on.