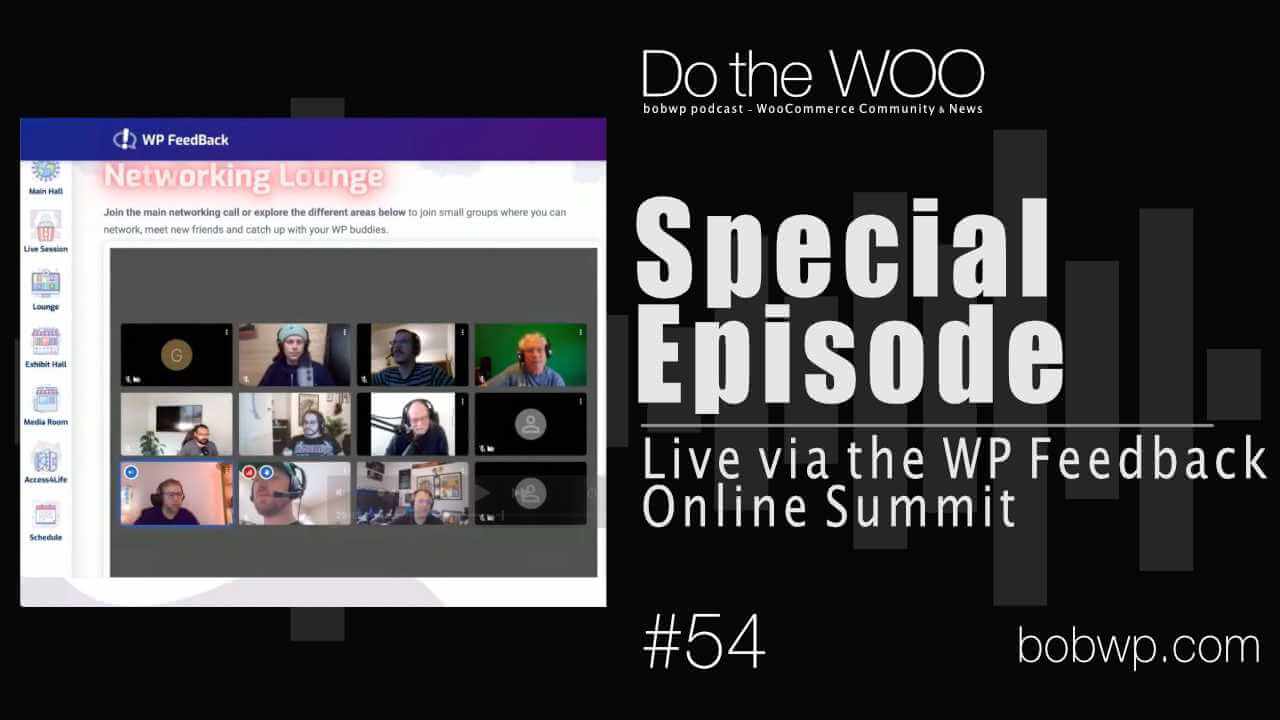 Do the Woo - WooCommerce Podcast, Community and News
Do the Woo Podcast Live on WP Feedback Online Summit

What happens when you get a group of WordPress geeks, gathered in a virtual networking space at an online summit, and you drop it that you are going to record a podcast live, then and there?

No, this isn’t a joke. It’s an uncut, unedited, raw conversation.

The week of April 27th, 2020, the WP Feedback Online Summit was held. It was a venture into a more interactive online conference, with sessions. But I found myself spending a bit of each day in their networking area. It was interesting.

Registered attendees dropped in here and there and the conversation flowed in whatever direction it wanted to. And this was 24 hours a day. It was also broadcast live on YouTube and on their site.

Well, later in the week, after several visits and conversations, I thought how fun it would be to just drop in and get the people who were currently in there to do a live, Do the Woo podcast. And that’s what happened.

What did we talk about? I asked them these questions.

Keep in mind, I did not qualify them as someone who was deep into WooCommerce. I just explained what I wanted to do and they agreed to it. (Note, we did lose a couple, but hey, that’s the way of spur of the moment ideas).

I just want to thank them for volunteering, without any preparation:

Oh, and partway through the conversation, Mike Demo from Web Ventures popped in and stayed casually silent until I got him with a single question at the end.